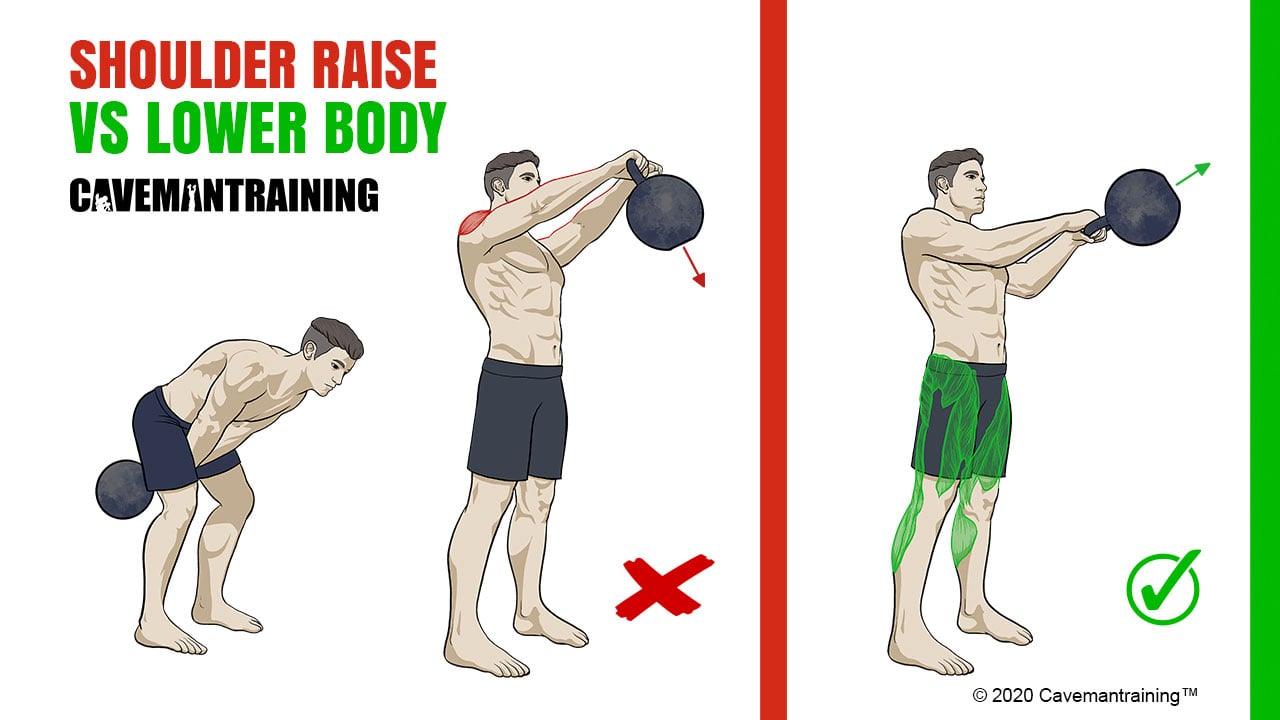 One major indication of an incorrect kettlebell swing is a drooping kettlebell. The kettlebell is no longer an extension of the arms but droops, i.e. the base of the kettlebell is pointing down rather than forward (away from the body).

Learn so much more about the kettlebell swing, kettlebell training fundamentals, or beginners’ online kettlebell course. Know that there are many ways to swing a kettlebell correctly, but a shoulder raise is not one of them.

Indications or ramifications of incorrect form, but not limited to, are: