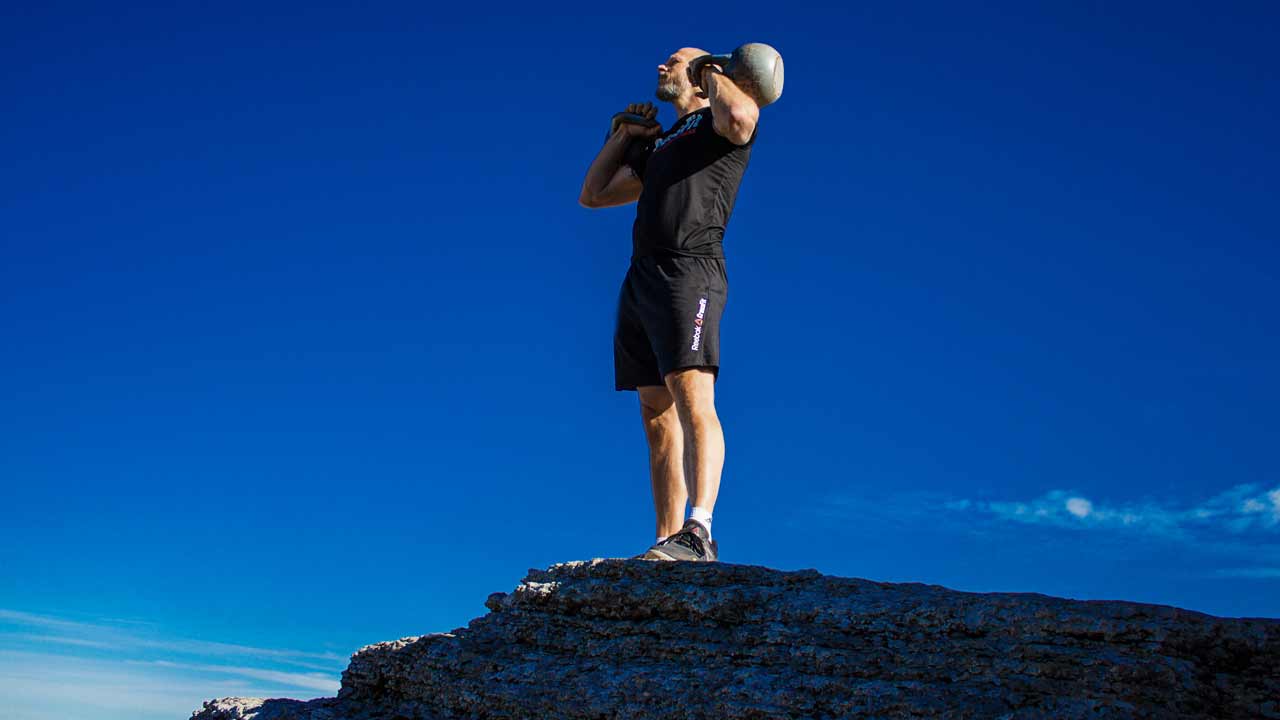 This secret technique is not a secret anymore because I’m actually going to share this awesome technique for beginners with you. This technique will improve your training and chance of injury drastically.

This technique is not taught anywhere else and is part of the Cavemantraining Kettlebell Clean Variations certification.

This is a technique I’ve developed and started using with beginners to avoid a common kettlebell injury/annoyance, the banging of the kettlebell on the forearm, shoulder, and or delt area.

Full details on this technique are covered in the book and course.

Banging of the kettlebell on the forearm or shoulder area is one of the most common issues with the kettlebell clean. I will cover how to avoid this from day one.

First, let’s cover the banging of the weight on the shoulder, or shoulder/delt area. This will be caused by the bell coming out too far, like trying to finish a swing and then pulling the bell in. Think of this as a half oval path as follows.

This is the incorrect path the kettlebell travels in the upswing and creates impact.

Second, the banging of the weight on the forearm. This will be caused by the bell coming too high and then dropping down. Looks like following.

With both issues, the weight is not resting on the arm through an insert, instead, the weight is still away from the resting position and makes an impact. So, let’s say you have not mastered the correct path the kettlebell should travel, you can still prevent the banging/impact by opening the hand and perform an insert to remove the impact. This looks as follows:

The insert happens around the green dot. The weight is then supported by the arm, impact/banging is prevented, and the bell moves into racking position. Note that this is not the correct point where the hand insert should happen, but if you haven’t mastered the path of travel yet, then you should work on the insert first. This is to prevent injury, bruising, and other annoyances. The correct point where the insert should eventually happen is near where the bell ends up in racking position.

When should you implement the ‘early insert’ technique?

You should implement the early insert technique after having drilled the correct path but just not getting it, which is perfectly okay, you should know that this takes time and lots of repetitions. To prevent injury and giving up, you can perform the hand insert earlier, as indicated by the green dot above. Then you should work to perfect the path over time as demonstrated in the following video.

Kettlebells For Fighters And CrossFitters