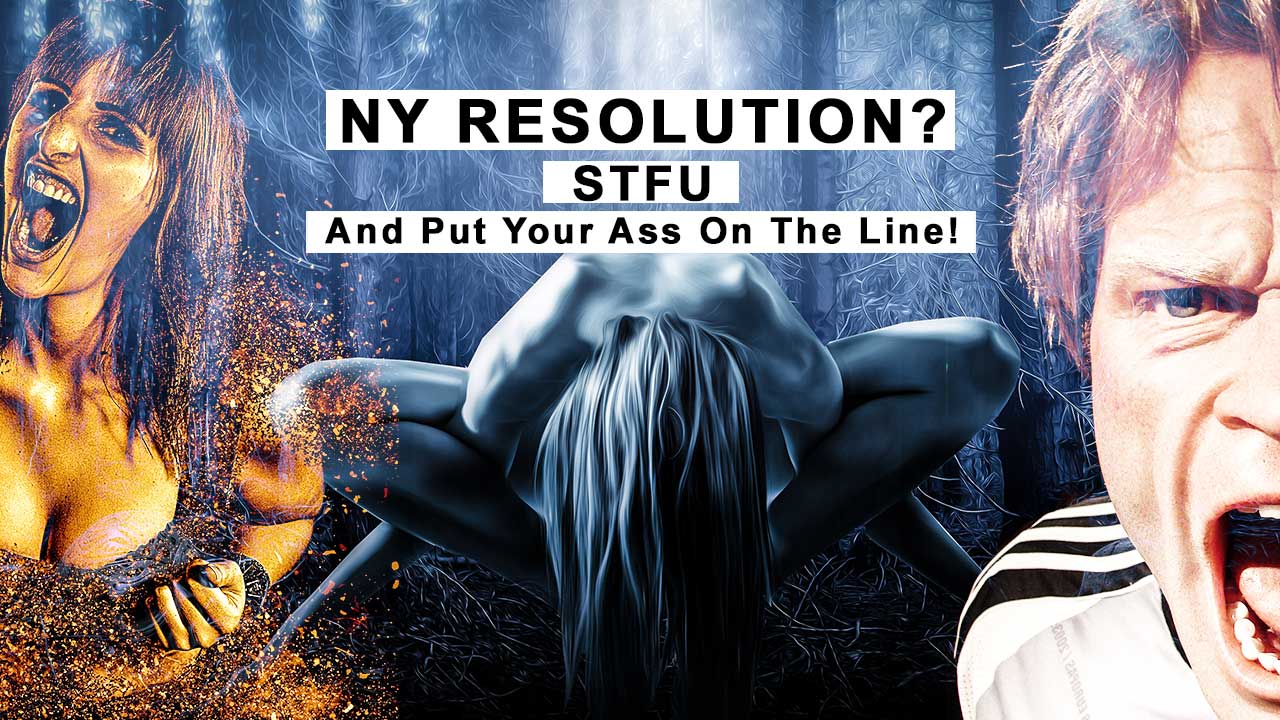 NY Resolution? STFU And Put Your Ass On The Line!

You might have had a few champagnes and blurted the words “I’m going to quit smoking”, or “I’m going to lose 20 pounds!”. Your friends gave you a good pad on the back, and you feel much better about yourself.

But what are you truly going to do to put those words into action? Because ACTION is all that matters, words mean absolutely nothing.

that means 92% of resolutions fail!

Let me tell you some hard truth! I’ve had people promise the world, this was going to be their big change, this time they would stop being liars, to themselves and to the world. This time it was going to be different. Words mean nothing, words are sound that evaporates into thin air.

“Dreams become regrets when left in the mind, never planted in the soil of action.”
― Auliq-Ice

I’ve experienced people who committed to a journey, a journey they truly needed to get their life back, to be able to do something as simple as getting up from the ground. I’ve then experienced them coming up with the biggest excuses, even going as far as “a long distance overseas family member died”. To be honest, I didn’t care! If you commit, you commit. Unless you need to be there everyday for the next three months and are occupied with uncontrollable unconsolable grief for every second of the day, you will have time to continue the journey you started. In fact, this would be the time to put in the extra effort, not to take the excuse and go back to eating copious amount of shit to console yourself, not to go back to the lifestyle that got you in trouble in the first place.

It might sound harsh and callous, but to break habits that brings one on the edge of life or death, one needs to get extremely serious, one needs to put their ass on the line, not their empty promises.

“If your actions don’t live up to your words, you have nothing to say.”
― DaShanne Stokes

“In leadership, life and all things it’s far wiser to judge people by their deeds than their speech – their track record rather than their talk” – Rasheed Ogunlaru

“Words do not create change as much as example does. Be the example”
― Brent M. Jones

“Talk without the support of action means nothing.”
― DaShanne Stokes

NY Resolution? STFU And Put Your Ass On The Line!

Interview With A Real Caveman

How To Do Kettlebell Gorilla Cleans—HIIT BEASTS

Avoid These Common Mistakes In Your Hardstyle Kettlebell Swing

Best Foods to Eat After a Workout