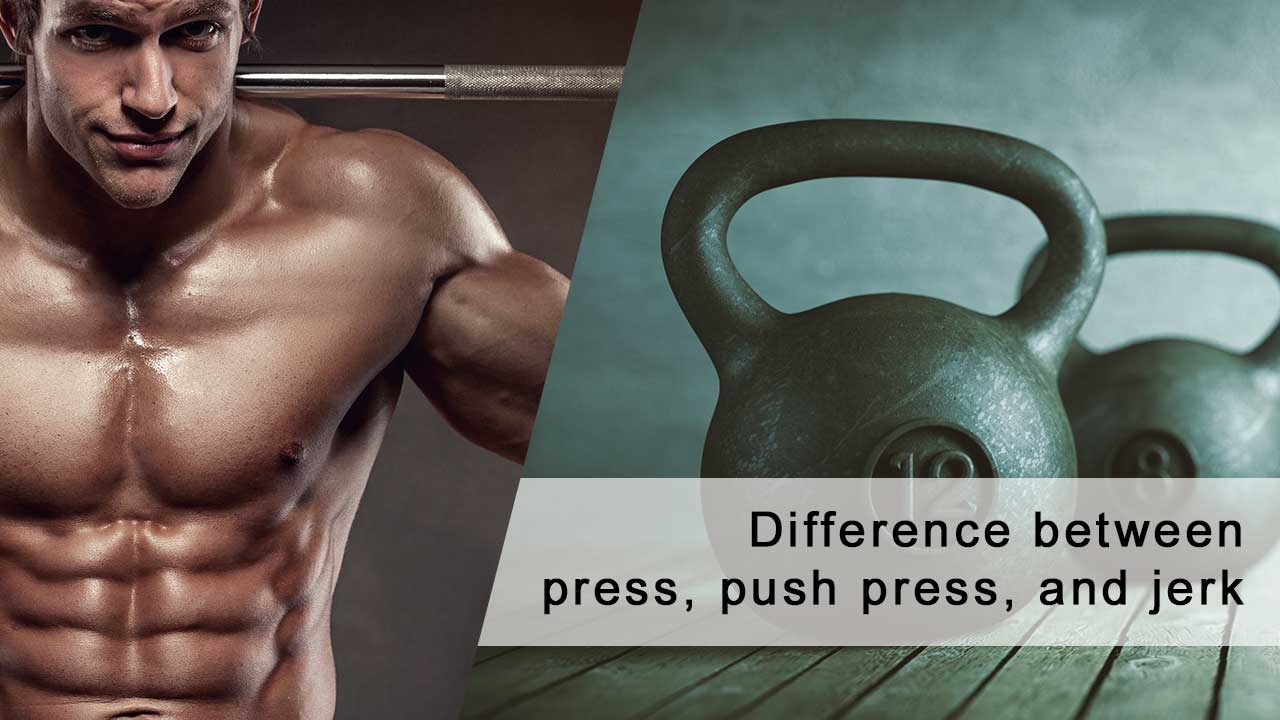 Difference between clean and (press, push press, and jerk)

This video shows the difference between a clean and press, clean and push press, and clean and jerk. Kettlebells are used for the clean, the clean would be different when using a barbell or dumbbells, otherwise, the movement for the press, push press, or jerk would remain the same.

This video also shows you:

The clean version shown in this video is the kettlebell swing clean, which is normally referred to as just the ‘Clean‘.

The difference between a press and push press

In a press the legs should not be used to push the weight up, the lower body should not be used to gain momentum in the press. In a push press, the first part of the movement is performed by bending the knees and pulling them back to create momentum and follow through with the press. So, first the weight is pushed up with the lower body and then the press is what follows through.

The difference between a push press and jerk

The main difference is that the jerk is not a press. The first part of the jerk is a push press and then followed through by a dip under, pushing yourself away and coming under the weight, catching it with locked out arms overhead and then standing up.

2019 FU, BS, Either Get Old and Lazy or Older and Stronger