Plus everything else that transfers from the exercises (swinging, squatting, moving, throwing, catching). Let’s not forgot something that is also extremely important in training, fun, kettlebell juggling is a lot of fun. I’m sure there are plenty of benefits I missed.

A lot of people think it’s dangerous. It’s dangerous if you start juggling straight away and ignore progression. When you teach someone baseball you don’t put them on the home plate and have Babe Ruth pitching at their best effort, no, you teach them through progression.

A lot of people think it’s stupid or just to look cool, some are jealous, some don’t understand and therefore put it down. I recommend anyone to have a go at it through the right progression.

Perception or awareness of the position and movement of the body. Kettlebell juggling helps to improve balance and proprioception.

The ability to move quickly and easily. Agility or nimbleness is the ability to change the body’s position efficiently and requires the integration of isolated movement skills using a combination of balance, coordination, speed, reflexes, strength, and endurance.

The length of time taken for a person to respond to a given stimulus. The processes that occur during this brief time enable the brain to perceive the surrounding environment, identify an object of interest, decide an action in response to the object, and issue a motor command to execute the movement.

A reflex, or reflex action, is an involuntary and nearly instantaneous movement in response to a stimulus.

The choice, judgment, or control of when something should be done. Good timing is being able to catch a handle that spins 360 several times within a matter of a second at high speed.

Motor coordination is the combination of body movements created with the kinematic (such as spatial direction) and kinetic (force) parameters that result in intended actions.

To take in energy through physical action, i.e. reducing the velocity of the kettlebell with the body.

Being able to move weight fast and getting the amount of power required just right.

Being able to increase velocity as fast as possible at the start of the movement.

Saying that juggling is a waste of time or just to look cool is like saying no one needs the skills aforementioned.

Juggling is great to combine with kettlebell flows. The video below shows a great example of an awesome kettlebell flow that involves juggling exercises. 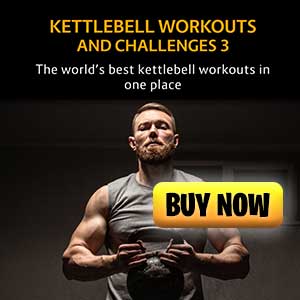