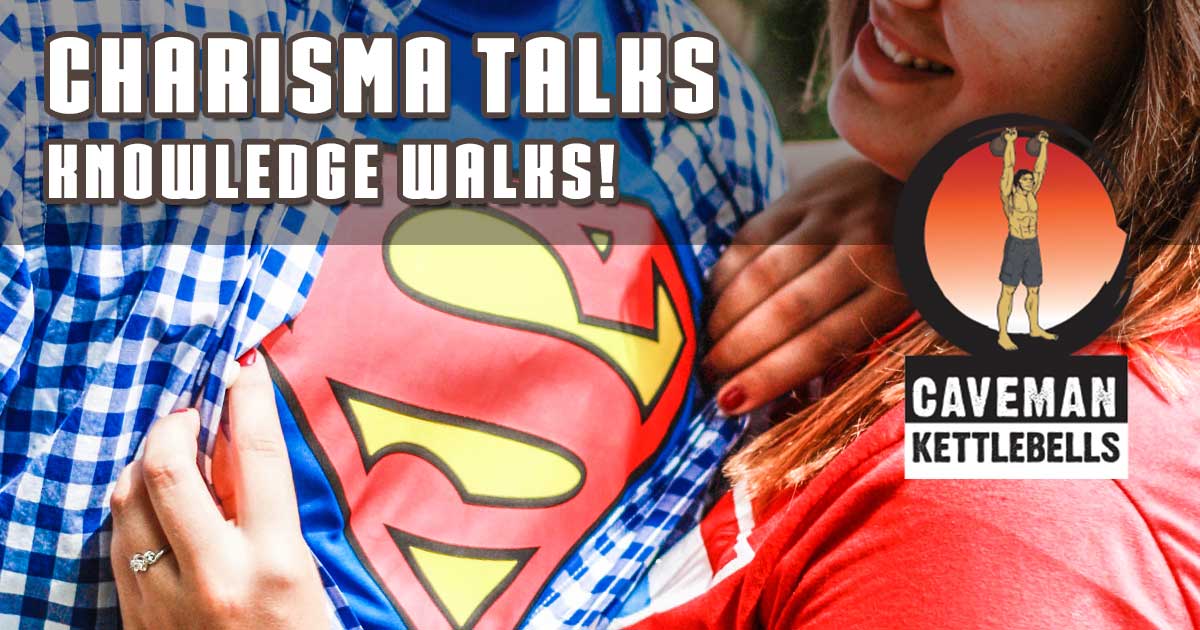 Sometimes I wish I had charisma, a real sense of humour —and big biceps, because they mean you know your shit—, Cavemantraining could then reach a larger audience and become an authoritative voice. Because, quality and technique alone just don’t seem to cut it in the real world anymore!

Let’s take this one example below, it’s horrid, but the trainer is likeable, he talks cute, the Dr. well… I don’t really know him or the trainer for that matter, but the Dr. seems like he has authority on the net due to the huge amount of followers on his facebook. Awesome stuff that people like is said “YEAH LOOKS GOOD!”, “ATTA BOY!”, “LOVE IT, FANTASTIC” and they look like they’re having so much fun.

I am guilty too!

Yes, I’m guilty too, I had horrible form when I started, I had no idea what a snatch was, I just did what I saw and thought I knew, I was bad. This article is not having a dig at the trainer, every trainer has to start somewhere, every trainer makes mistakes, but hopefully learns and more importantly OWNS UP. The whole problem with the video is that it’s being put out by what appears to be an ‘authority’ in the fitness industry and respected by many people.

The title should be “How to ‘F’ up your shoulders”

It’s absolutely pathetic, this is not for shoulder mobility, every angle they hold the kettlebell in is dangerous to the shoulders, with over one million followers, if only 1% is going to grab a heavy kettlebell and start doing this, well, do your maths …

Let me tell you, no matter what you do, you don’t just cover the Kettlebell Snatch in 7 minutes, and if you do, you point to more resources, you make it clear that this exercise requires more research, work with a professional, or is for advanced users only.

I certainly would not be promoting a super explosive ballistic movement to what is probably an over 40’s audience. EVERYTHING in this video screams SHOULDER INJURY.

Dr. Joseph Mercola teamed up with world-class fitness experts and trainers to incorporate his expertise on nutrition and a healthy lifestyle with their comprehensive experience in wellness and fitness.

I’m very disappointed with Mercola Peak Fitness and Dr. Joseph Mercola for putting out a video to their audience with absolute horrible form and technique, this is asking for a lawsuit, especially when you’re supposed to be ‘the authority’ and promoting this as SHOULDER_MOBILITY.  When you have a large following like that, you have a responsibility to making sure that you know what you put out is good.

Let’s cover just a few things that are wrong, because covering everything, well, that would require a book.

When the trainer demonstrates:

The trainer’s body language and looks tell me that he knows he’s in trouble, but he’s like “I’m getting paid well, the guy Im working with is a well known person, I’m on camera, I have no idea how to get myself out of this mess?”.

When the doctor demonstrates:

Aren’t you being pedantic?

No! Agreed that one can get to technical and pedantic, but this is a completely other matter, this is just plain wrong from so many angles.

The things Cavemantraining will always represent:

Let’s hope that the good doctor has those values too, for the sake of his following.

The ironic things is that they just published an article about CrossFit, and everything in it is spot on, then why the above?

That said, there’s no denying it can be effective if and when done with proper form and some common sense. In fact, in a gym with good trainers it may be one of the best fitness programs you can engage in.

If you liked this article, I can recommend this article I wrote as well, it involves huge companies like CrossFit causing confusion in the fitness industry through incorrect naming.

EMOM ‘No Juanita’: progression is key!