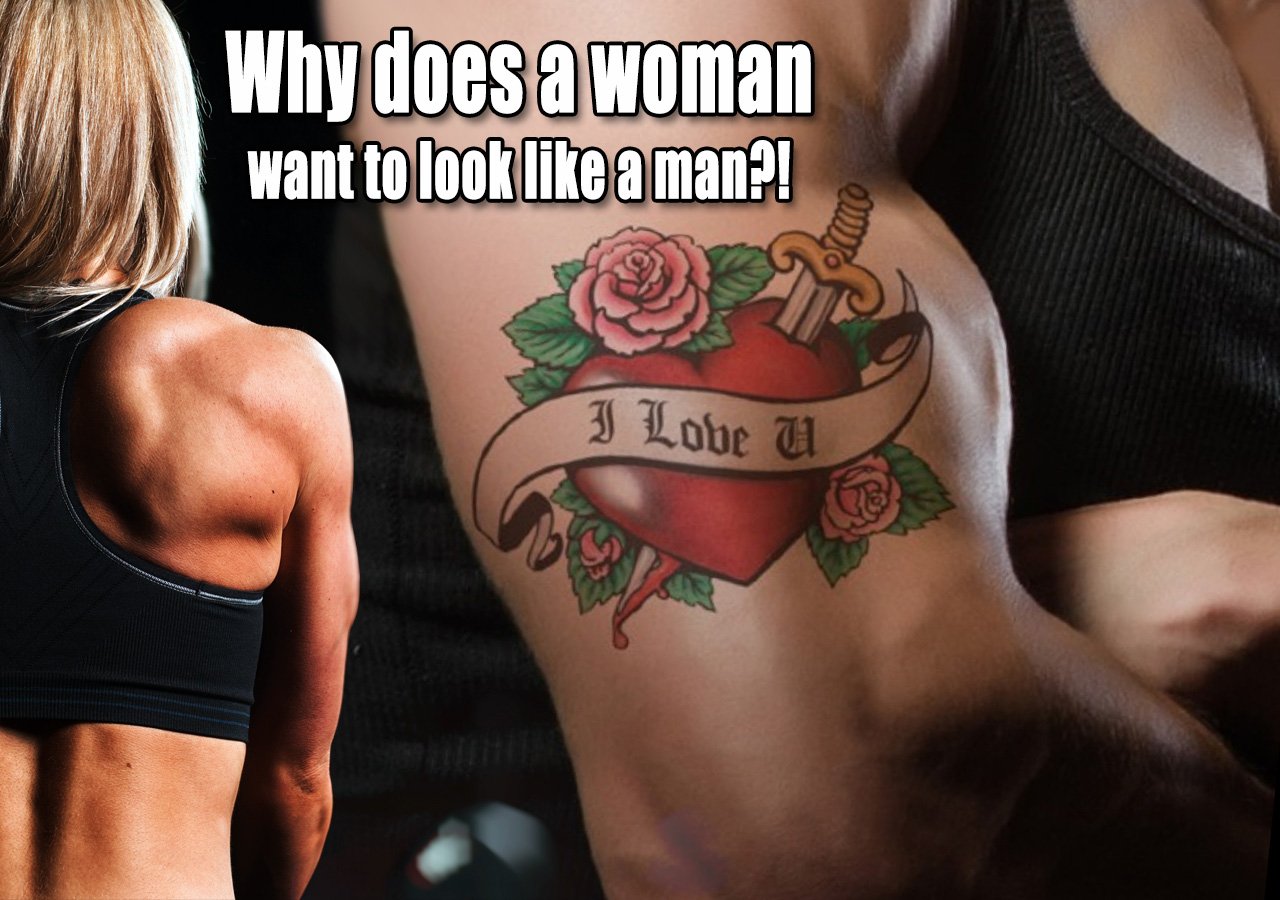 Why does a woman want to look like a man?!

My article today was prompted by two posts on Facebook, one right after the other; the first was from CrossFit, and the second was a video posted by someone. You can see both posts below.

“Why does a woman want to look like a man?!” and “Why is this man wearing a bikini?”

This is utter crap if you ask me, but you’ll see these comments a lot when a strong, hard-working women posts a photo of herself on social media showing off big muscles, or when she has a ripped six pack and can do more than most men out there.

To these comment droppers: you do realise that there is more to life than looks, right? If memory serves, they invented a word for people who only focus on the outside: I believe it’s called superficial.

I understand, there is this stage in almost everyones life where it’s important to try to be accepted by the majority. You spend time trying to be what others expect you to be, to look ‘good’ so you can snatch up that hunk or sexy girl in the bar, own it, show it off and parade your prize around town.

But there’s much more to life than looks. Some people—including females—want to be strong, strong enough to lift heavy stuff, because that’s what they enjoy doing. Some want to be good at everything, pull themselves up, push themselves up, lift, run, crawl and jump. To be good at all these things just might come with having a six-pack, bulging muscly shoulders, biceps the size of legs and quads that wouldn’t fit in an elephants pants. So what if you’re a female, enjoy what you do, and happen to look muscly!?

“Why does a woman want to look like a man?!”

By the way, if you’re a female and you’re spouting this kind of judgement, do you realise you’re basically suggesting that women should just keep to slaving in the kitchen, cooking the meals and doing the laundry!?

Of course people have their right to express their opinion, but if it’s an opinion that seems driven by fear, intimidation, insecurity and the aim is to hurt, it’s worth questioning. “I don’t like muscles on a woman” is one person’s opinion. “Why does a woman want to look like a man?!” is a question with the intent to get others on your side, and is simply meant to be insulting and hurtful.

Are only men allowed to look and be strong?
Do women need to be weak and fat?

As always, please leave your feedback below or on our facebook.

Related articles: More people than you think have the perfect body, Weight loss is so out of date

More people than you think have the perfect body